“Just a nice statement about your company’s logo “We’re Serious About Service”, I can vouch for that statement regarding my experience with your company. Within two days my water heater dilemma was taken care of properly and satisfactory. Your serviceman, John, was very pleasant, efficient, explained things to me, quiet in his works, and swift in his work and clean up. This event left me with peace of mind especially as we were sliding into the holiday snow. Thank you all for your spectacular service.”  – Dolores

“I wanted to express my thanks for a job well done. Chuck was excellent and professional to deal with during the sale and installation. His men did a great job — both Shawn and Ron. They were professional, neat and worked hard. I know it was not an easy installation. I would recommend Union Fuel to anyone if the opportunity came up.” – J.A.G.

“I wanted to contact you last week. The repair technicians that serviced [our property] are polite, professional, and superior at their trade.I wanted to take a moment to send a shout out to your company as you may only hear from customers when it’s negative. Thank you for your service.” – Cindy

“Thank you Union Fuel. We are very pleased with our Baseboard Heat.” – N & B.S.

“A big thank you to Tom and Alyce! This was our first residence that had oil heat so we were fairly new to all of this. Everything went as smooth as silk, from Tom replying to my inquiry the same day about what Union Fuel has to offer to Alyce explaining everything and setting us up on automatic delivery and having our delivery completed with 24 hours of getting set up to Driver #7 for making sure the oil arrived at the residence!”
– Joe Rose

“We certainly are enjoying our central air conditioning and we want to thank you for your excellent service. We also want to thank all the workers who installed the unit. They were very professional ad very efficient and VERY neat. We certainly will give a recommendation to anyone wanting to install a unit – Your work and workers were “top notch!” – H & GP

“Thank you for the fine job you did installing our central air conditioner. Your men were professional and did a fine job well done! When they left our home, everything was clean and neat. I will recommend your company whenever I can.” – Mr. & Mrs. S.W.

“I’ve never experienced such amazing service, especially in the HVAC business. Quick response, great techs (John and Chris), and they both were extremely knowledgeable and helpful. Absolutely would use them again.” – Kurt Ruane

Dear Mr. Braun,
“It is often that businesses in the service industry hear all the complaints and very few accolades. I am happy to say this is the latter.
After deciding to make the huge commitment of installing a central air system in our home, my wife and I started the process of soliciting bids. This process, as you’re no doubt aware, can be tedious and frustrating. And after several attempts of procuring bids through conventional means, i.e. The Yellows Pages, our frustration was only heightened. Messages left on answering machines or with receptionists were never returned. Fortunately, through casual conversation with a neighbor the subject came up. And that’s when he said, “how about Union Fuel? I know they installed a central air system in my aunt’s home and she was very happy with them, and she is hard to please.” So I figured what’s one more phone call? The next day I made the call and was greeted by a very cordial gentleman who was more then happy to answer my questions. He identified himself as Dave Solt, the service manager, and that he himself would be the one to come to my home and work up the estimate. So we arranged a mutually convenient time for him to come by.

On the appointed day, he showed up on time and was just as cordial as he was on the phone. He was obviously very knowledgeable and was also patient and thorough in answering my questions. He assured me that the estimate would be completed and returned to me by the end of the week, if not before. I had in the meantime actually received a couple of other estimates from those providers who actually followed through and showed up. And when I received the estimate from Mr. Solt, which was before the end of the week, I was happy to see that it was in line with the others. While it wasn’t the lowest, it also wasn’t the highest. What influenced my decision, almost more than price, was the manner in which Mr. Solt conducted himself. Also, the fact that he said at least four technicians/installers would be dedicated to the job and that it would probably be completed in one day. This was very important to my wife. As we have a young child and it isn’t always easy to arrange things around a child’s schedule. I suppose that the Carrier equipment was also a determining factor, if only because it is brand recognizable.

The scheduled day of installation came and so did the technicians/installers, and on time. They were accompanied by Mr. Solt who saw that things were in order and understood. After his departure, the lead technician/installer, Randy, got things going. The crew of four or five guys went about their assigned tasks. They were each pleasant and professional. They obviously work well together and seem to enjoy it. Randy made sure to update me on how things were progressing throughout the day. His experience was also very evident. And before I knew it, it was sometime after 4:00 pm and the guys were cleaning up. They were all very conscious of making sure that things were left clean and in order.

So in summary, I just wanted to take the time to offer some accolades for a job well done. Word of mouth advertising is still the least expensive, but the most powerful. And if I should ever be asked for advice on who to turn to for central air conditioning needs, I can confidently say “how about Union Fuel? They installed my central air system and I was very happy with them, and I am hard to please.” – M.E.K. 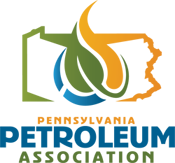 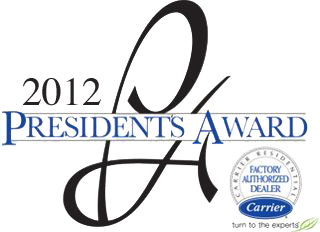